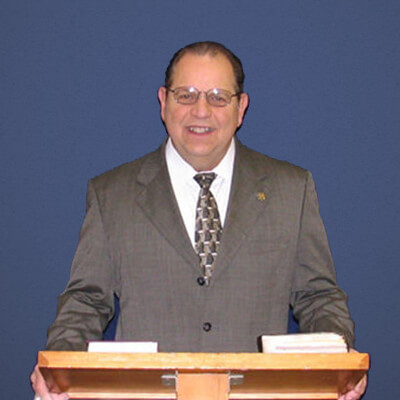 Bible Baptist Church started holding services May 26, 2013 in Bartow, Florida and Dr. Bryan Gentry is the Pastor. Pastor Gentry is from Lakeland, Florida and has a B. A. in Pastoral Studies, a M. S. in Bible College Administration and a Doctor of Ministries all from Landmark Baptist College in Haines City, FL, where he served on staff as Dean of Students from 2004 -2009. Besides teaching Bible and History classes at the college, he has served as associate pastor, minister of music and has started several outreach ministries to juvenile correctional facilities in central Florida.

In 2009, the Gentrys moved to Missouri and began working with a church in Kansas City, KS to plant a new church in the Kansas City, MO area. They planted Solid Rock Baptist Church in Parkville, MO, a suburb of Kansas City (www.srbcmissouri.com). As Pastor of SRBC from 2009 - 2013, the Lord blessed as the church saw more than 300 people saved, 54 baptized, 50,000 tracts and 25,000 John/Romans passed out, grew to more than 40 members and supported 7 missionaries monthly. In February 2013 SRBC voted to call John Magas to be the new Pastor and the Gentrys returned to Florida, feeling that the Lord had a work for them to do there.

Shortly after returning to Lakeland they discovered that there was an Independent, Fundamental Baptist Church started in Bartow in 2010, but it stopped holding services after only 2 years. The Lord convinced Pastor Gentry that He wanted a church in Bartow. Through the authority of Pastor Mickey Carter and Landmark Baptist Church in Haines City, Fl, Pastor Gentry returned to Bartow (where he work 25 years for the phosphate mines) and planted Bible Baptist Church. On May 26, 2013 Bible Baptist Church began holding services at 301 S. Woodlawn Ave. in Bartow. BBC is an Independent, Fundamental, King James Bible-preaching, hymn-singing, soul winning church. Please come see the difference the Bible can make in your life.

Before going to Landmark Baptist College in his 40's, Pastor Gentry spent many years as a lay worker in his local Baptist church serving as Sunday School teacher, ordained deacon, outreach director, Sunday School director, soul winning trainer, children's choir leader, etc. In 1977 he married the love of his life and kindergarten class mate, Sharon. They have two grown children and two grandsons.